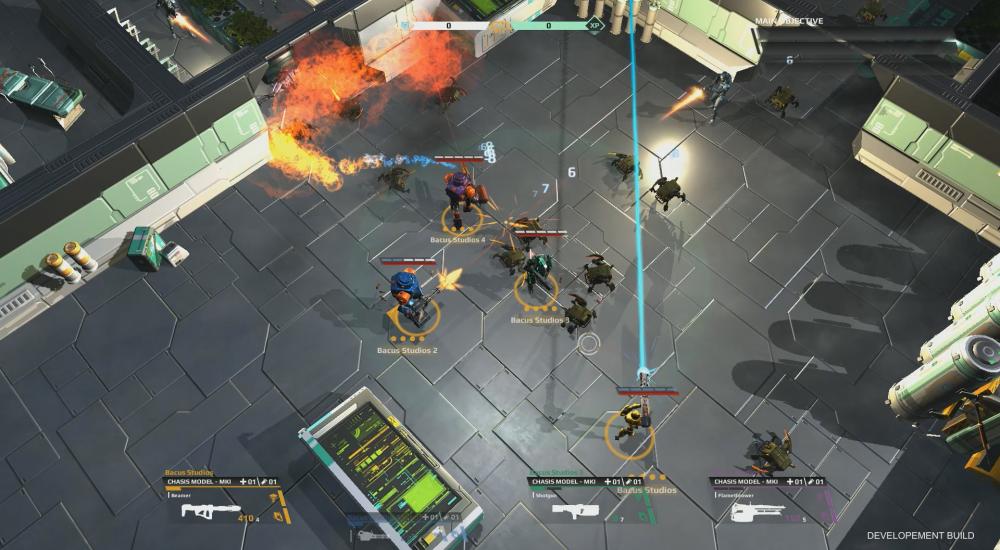 After spending a few months wading around the mire of Early Access, Trident's Wake is officially ready for the world to see.  The February to June timeline is quite a bit shorter than average, but it's a clever move for a small developer wanting to establish some buzz around their game and ensure it's tweaked as tightly as possible before full release.

The game itself is a procedurally-generated, top-down shooter in which players take control of mechanical Sentinels to clear out some mysterious (but clearly up to no good) aliens out of the Trident, a colony ship containing humanity's last hope.  Teamwork will obviously be the key to success here, as will effective use of the game's numerous customization options.  The release trailer gives a nice snippet of what you'll be in for.

Trident's Wake offers campaign co-op for up to four players, both locally and online.  It's only out on PC at the moment, and if you're quick, you can snag it off Steam for a tidy 30% discount.  Well, you don't actually have to be that quick, as the deal last until June 11th.