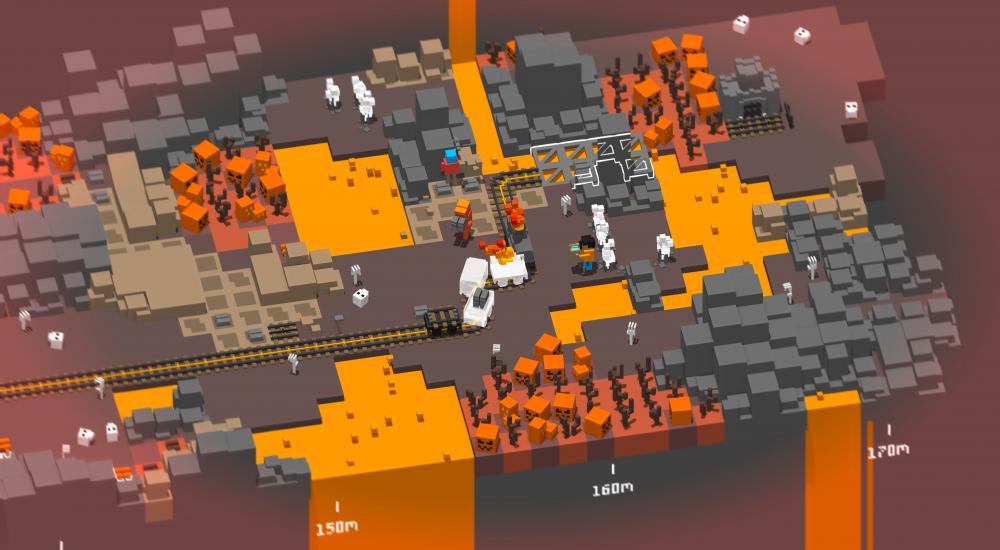 Dust off those train conductor hats, folks, cause Unrailed! has slammed into Steam's Early Access program like a caboose with the brakes cut.  That's probably too extreme a metaphor for someone uploading an executable to a website, but allow me to explain.  I very rarely get to talk about train-themed video games without my eyes glazing over a little, so I plan on taking full advantage of this opportunity.

Unrailed! tasks its players with scrambling around a miniature map to gather resources, clear obstacles, and lay down track for a train that stops for absolutely nothing.  The goal, by and large, is to get said train safely from one station to the next, with breaks offered between each level to take a breather and carefully choose some minor upgrades.  You can see all this in action in the game's original release date trailer, below:

All in all, Unrailed! bears a lot of similarities to its cooperative brethren, Overcooked! (including an insistence on including exclamation marks in the title).  The constantly morphing map should offer a nice twist on the formula, though, and the game should easily be able to distinguish itself further over its time in Early Access.

Unrailed! is currently available on PC and offers both online and local co-op for up to four players.  A single copy will set you back $16.99, but the Steam page also offers a $29.99 package with two copies, meaning you have even more reason to wrangle a friend into some chaotic engineering action.