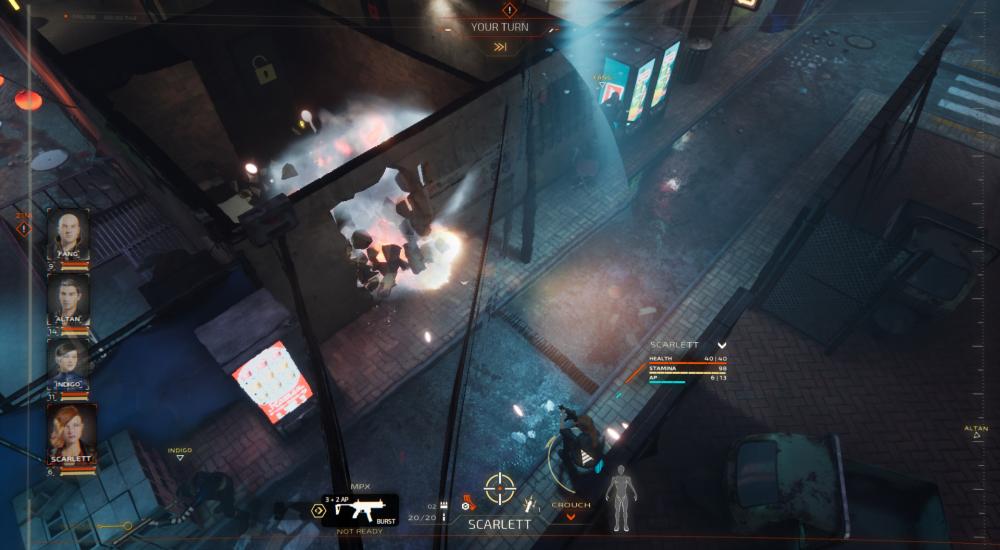 As part of the Steam Game Festival 2020, a limited set of games are getting some timeboxed demos. One of those is Project Haven, a tactical RPG set in a gritty futuristic city. There's definitely some Syndicate like vibes from this one, with a splash of XCOM - but Project Haven looks to do some unique things with camera angles possibly giving players some more control.

You command the Steel Dragons, a mercenary outfit fighting for survival in the harsh, urban near-future that is Haven City. Select and control squads of mercs as they battle gangsters, rival mercs and corrupt government forces in a bid to make ends meet, and make a difference where you can. Manage your crew’s stats and gear, wrangle a diverse range of merc personalities, and conquer the deep tactical elements that make Project Haven a standalone turn-based combat experience.

The demo will contain three playable missions from the story and what the developers say is a "glimpse" of Project Haven's 4 player online co-op mode. It sounds like there will be a replayable co-op skirmish mode in the demo.

The demo is limited time only and runs from June 16th through June 22nd. The game's final release date is still TBD.