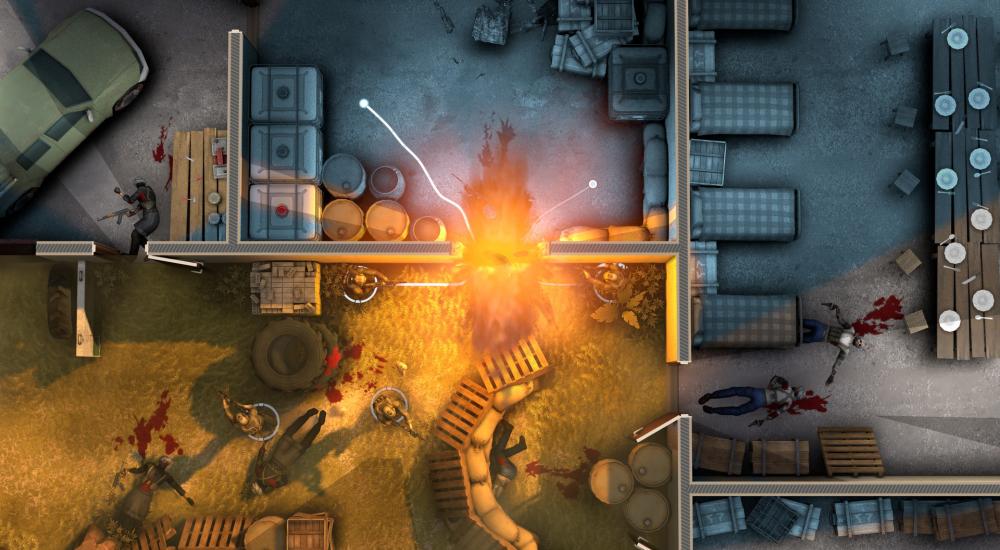 The original Door Kickers was great tactical title that reminded me of the original Rainbow Six's planning mode with overhead execution. It wasn't until late in its life that the game got a patch to include co-op play. Now, learning from that experience, developer KillHouse Games have created a proper sequel with co-op in mind from day one with Door Kickers 2: Task Force North.

Task Force North brings you the best portrayal of modern Close Quarters Combat and Tactics in a video game. Door Kickers 2 is a top down strategy and tactics game about using intelligence assets and controlling Special Operation Units in daring raids to neutralize and capture terrorists in the fictional country of Nowheraki, Middle East.

The game will currently features two player online co-op where each person will control half of the missions deployed troops. Various tools are available to communicate the battle plan including the ability to "draw" right on the tactical map. The game is currently in early access but with future updates should bump the player count to four and offer plenty of content.

“Full version of the game will have the following overall scope: