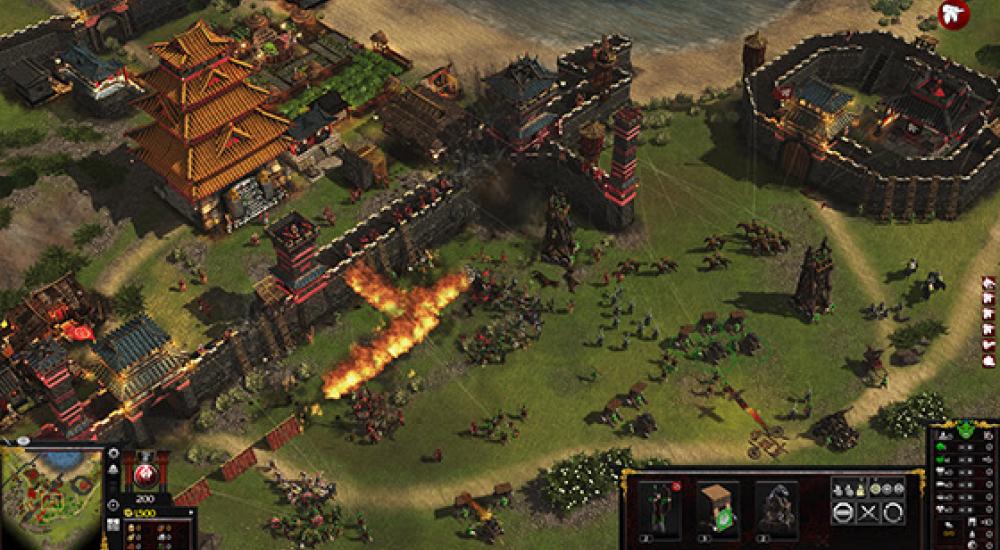 The last Stronghold game we checked out was Stronghold: Crusader 2, which featured online co-op play for two players. It looks like that mode is returning with Stronghold: Warlords, though with a few new twists above and beyond the Asian setting.

The new warlords system, which allows players to command a network of unique warlords across the battlefield with their own castles and armies, also benefits from this new game mode. Co-op means advanced players can share the ‘grand strategy’ gameplay between them, optimising their use of each warlord for economic or militaristic purposes.

So while the same basic premise exists for co-op, both players have full control over the building, economy, and armies at the same time - it's the new Warlords System that adds another layer of complexity to the game. From the recent co-op video it appears this is a light version of a grand strategy element that includes diplomacy and other means of recruiting AI warlords to your cause.