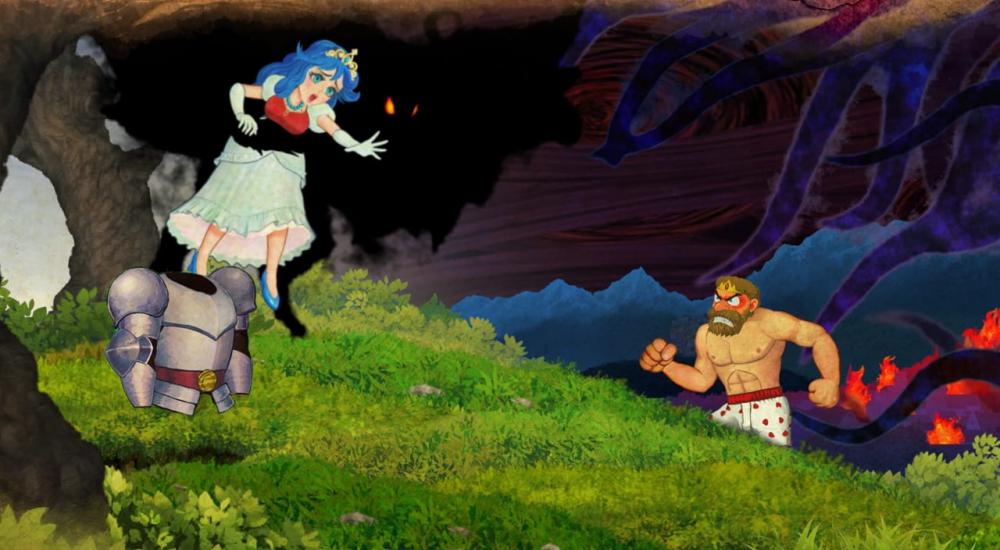 The Ghosts 'n Goblins series is returning, famous for its punishing difficulty but rewarding gameplay. The Capcom series first saws the light of day in 1985 in the arcades and home consoles like Nintendo. Now, years later an updated version of the game is out on Nintendo Switch with slick visuals, new levels and enemies, and of course heart adorned underwear. But what's most interesting perhaps is the addition of a co-op mode. Take a look at Ghosts 'N Goblins Resurrection below.

Arthur can be aided in his quest by support characters, the Three Wise Guys, which do not exactly play like the main character themselves. The Three Wise Guys are the ancestral guardian spirits of our hero, Arthur. They can be called down from the heavens to aid him with their distinct magical powers. The Three Wise Guys, floating through the air in their ghostly glory, can each use a different magic power as well as attack with projectiles. If they take enough damage from foes, they'll revert to their spirit form and retire from battle for a short amount of time, after which they'll be back for more.

From the videos it looks like their powers range from being able to carry Arthur, shield him, or support him with light attacks. So it seems there will be an element of strategy to the support co-op role.