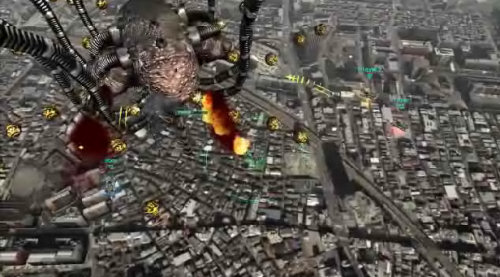 Square-Enix, most famous for the Final Fantasy series, has announced a brand new original game coming to the Xbox Live Arcade later this year.  Called 0 Day Attack on Earth the game is a four player co-op top down shooter similar to Geometry Wars.

There's very few details about the game so far, but the debut trailer looks impressive with giant 3D cityscapes and huge alien like monsters for players to battle.  The game was announced at a recent Microsoft Japan press conference, so it is possible the game will be released there first.

We have the trailer posted right ahead.