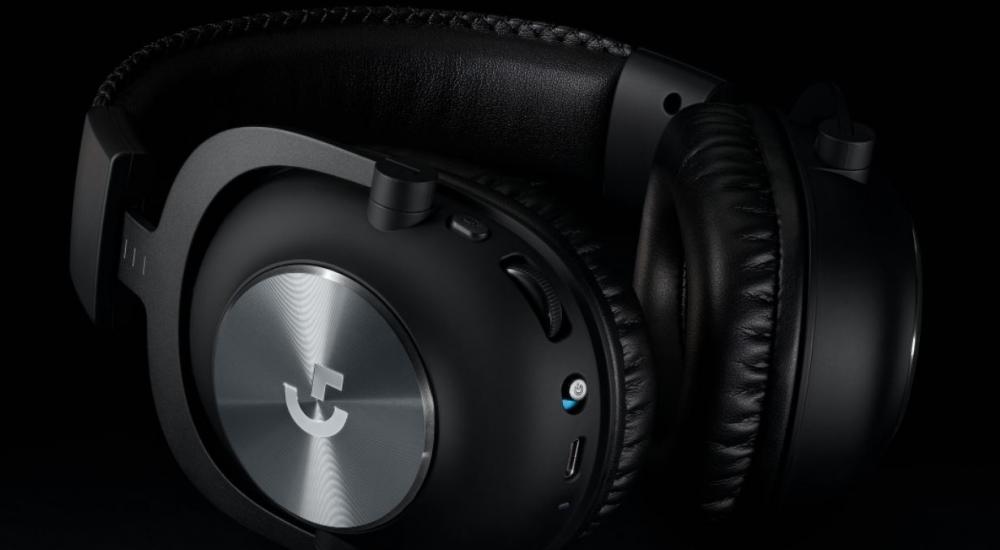 The headset wars continue on Co-Optimus. In our quest to find the ultimate gaming headset for your co-op communication needs, we're working through the ever growing list of options. Up next is from a manufacturer we haven't looked at in quite some time - Logitech. Their Pro X Wireless Headset is a fully featured DTS set of cans with a Blue technology microphone to capture crisp chat. Let's dive in.

The Logitech Pro X Wireless headset is built out of a mixture of leather, metal, and plastic and overall as a premium feel to it. It's surprisingly light, but feels really solid. It looks like a pro-level headset without the crazy gaming design elements like LED lighting or gaudy glowing logos. Inside you'll find 50mm mesh drivers for a 20Hz-20KHz frequency response.

The pads on the ears are covered in a leatherette material and are a bit on the lighter side in terms of padding. There's an alternate set of cloth pads that have memory foam, that feel a little better, but are also warmer to wear. Both are adequate and comfortable over sessions up to a few hours. The microphone is using Blue technology and features a unidirectional pattern, flexible boom, and a windscreen. It's honestly one of the best quality microphones I've heard on a headset to date - though it does tend to be finnicky with static. It took a few tries of different USB ports and some tweaking till it was crisp - but once it was - it sounded amazing. A big piece of this is actually the software. There's a handful of tweaks (filters, limiters, etc) that allow you to mellow out your setting and turn you into a bon-a-fide radio announcer. I finally settled in on the "G2 Kenney" preset.

With DTS Headphone X support, you get a simulated 7.1 surround sound in multi-channel modes. There's a few presets in the Logitech software along with a sound test to tweak the spatial-ness. It's not as distinct as I would have like, but you can more or less tell positional audio if a game takes advantage of it with multi-channel audio.

In terms of audio quality, I think the Logitech Pro X Wireless perform pretty solidly. Chat is clear and crisp when combined with game audio and performance is fairly solid from a gaming perspective. I really enjoy them musically streaming tracks from Amazon Music HD, with both classical style music and 60's rock really shining and showing detail. If there's a gripe it's the bass modes tend to really muffle the mid-range and any of the more balanced mode really lack a punch. A good example is a game like Destiny 2 - a title I've tested a half dozen headsets with. A weapon like Thunderlord on a bass heavy preset really punches, but you lose the detail in things like the higher pitches electric elements or the impact to the environment. Those details are retained going to a flat preset, but the gun lacks the punch that I normally enjoy. Thankfully the equalizer lets you tweak things and I managed to find something I was content with.

The Logitech Pro X Wireless headset uses a wireless technology that provides a really solid range. I get almost double the range from my computer as I do with the Turtle Beach Stealth 700's. Another area the headset excels is battery life - I used it a solid week straight without the need to recharge, and even when I got the warning of low battery - I had 20% left. That was seriously impressive.

Overall the Logitech Pro X Wireless headset was a bit of a mixed bag. The microphone performance, extended comfort, battery life, and mix of software options really impressed. On the flip side several nuances really kept this headset from being a staple in my day to day use. At $200 I expected a little more from a device. That's not to say you would be disappointed with your purchase, it's just in a crowded world of PC Gaming headsets it's tough for the Logitech Pro X Wireless to truly standout.