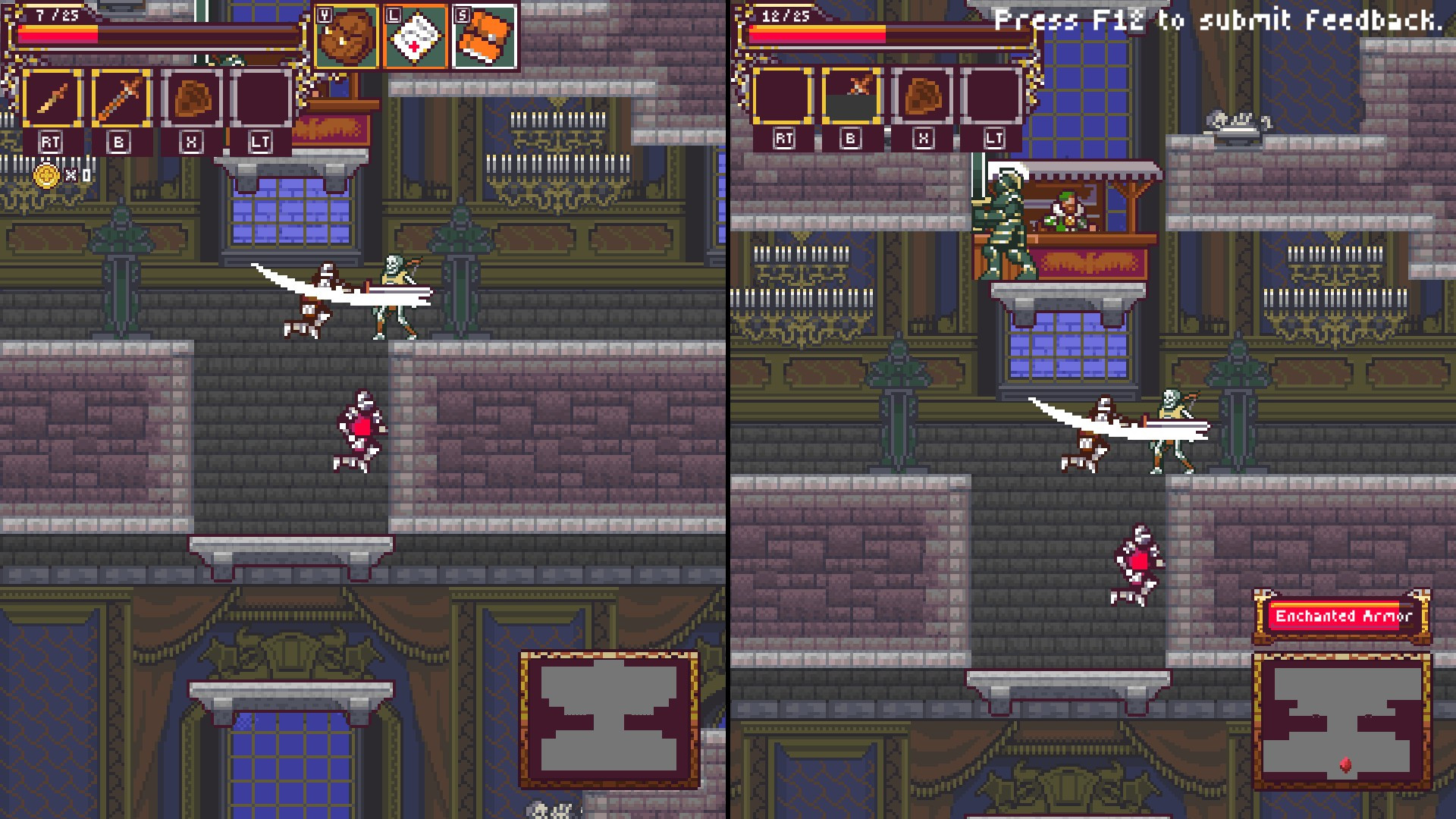 Rogue Legacy is one of the finest Roguelite games ever made, but it lacks one important feature: co-op. Enter Plague Breaker from Canadian developer Wozzle Games, a Roguelite that channels the look of the GameBoy Advance Castlevanias while adding split-screen local co-op. The game won't launch on Steam Early Access until September, but there's a (slightly janky) demo that you can try right now. Plague Breaker is playable solo or in split-screen local co-op. In the demo, players begin by selecting their class of character. Only one class, the Warrior, is initially available, but a second, fully customizable class, Adventurer, unlocks after dying for the first time. The final game will also offer playable Mages, Rogues, and Hunters, each with unique weapon proficiencies and abilities.

The actual gameplay closely resembles the Castlevania GameBoy Advance games, just like the graphics and sound. Players will explore a castle filled with deadly traps and enemies, collecting gold and spending it on shops and other types of vendors. One issue I noticed in the demo is that while gold is shared between both players, the items purchased with it are not. If both partners want to buy equipment, they'll need to save up enough for an extra set of items. As a Roguelite, Plague Breaker will be a challenging affair with permadeath. The key to the addictiveness of a game like this is the metagame, the system that holds it all together. If you still feel like you're making good overall progress after each run (as with Rogue Legacy or Crypt of the Necrodancer), it could end up being a lot of fun. Here's hoping the developers get that part right. And for goodness' sake, they need to avoid mapping a bugged-out bug report function to the Steam screenshot key!

Plague Breaker is scheduled to launch on Steam Early Access on September 14. If you can't wait that long, grab the demo now on Steam.