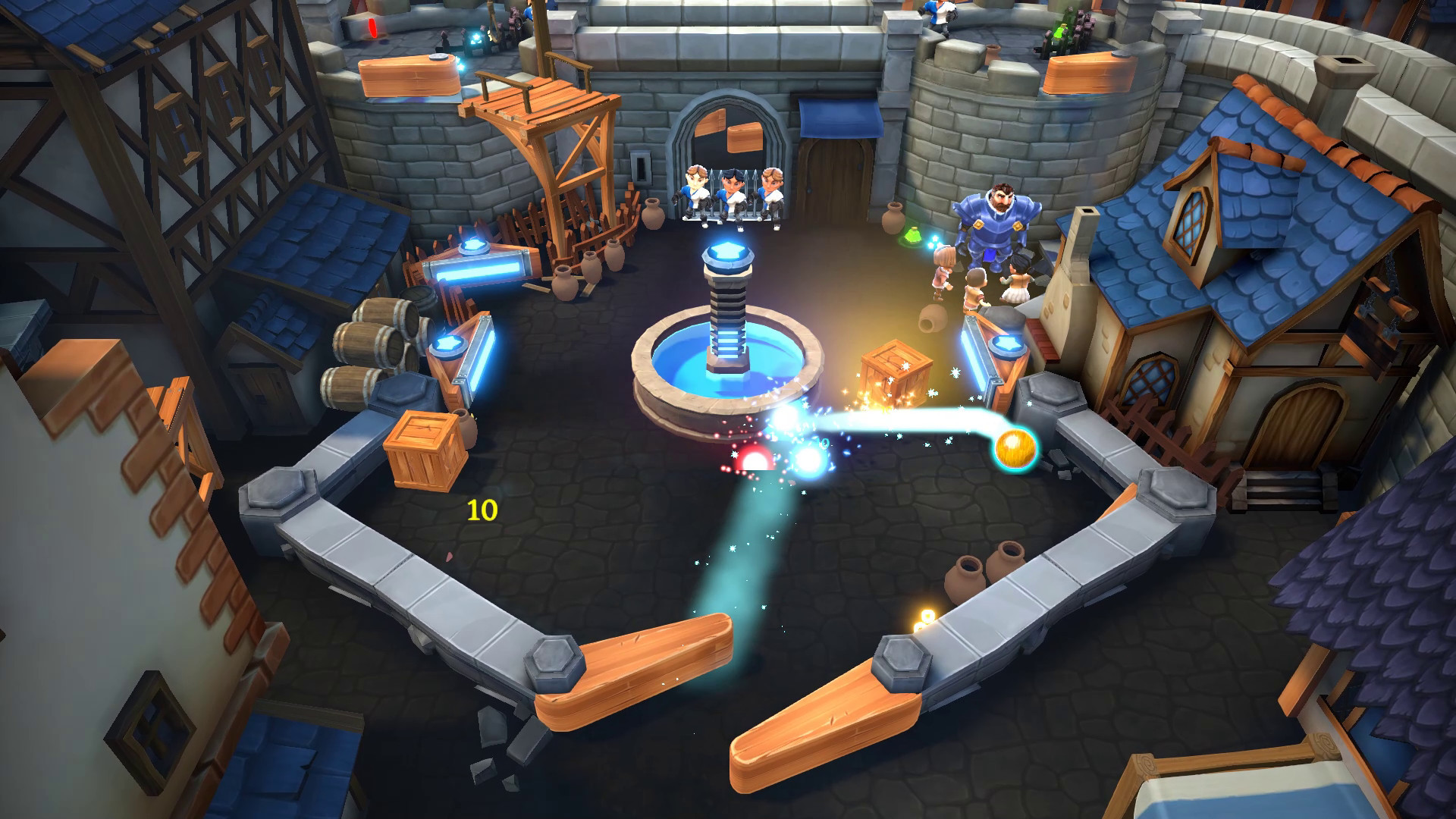 Look, pinball RPGs are pretty much a dime a dozen these days. You can't throw a rock without hitting some pinball game that features archetypal fantasy heroes knocking around fantasy environments, casting spells, and thwarting skeletons and goblins and such. Still, Rollers of the Realm: Reunion promises one extra ingredient that will make it stand out in the crowded pinball RPG genre: local co-op. Now we're talking!

If Rollers of the Realm looks familiar, that's because it was originally released on Steam, PlayStation 4, and Vita way back in 2014. You can still buy the original game on Steam, but the PlayStation versions were delisted in late 2020 due to publishing rights issues. Developer Phantom Compass has since announced Reunion, a sequel that looks like a bigger and better version of the original. How does a pinball role-playing game work, you might be wondering? The original game is actually quite story-heavy and features fully-voiced cinematics. The ball on the playing field represents one of your heroes - they're not balls in the story. Narrative events transpire on the field, such as a group of ruffians beating up a drunken knight. As the player, you'll attack such foes by striking them with the ball. The ball can also collect items, open doors, trigger events, etcetera. It works really well and makes for an extremely engaging pinball experience.

Rollers of the Realm: Reunion features:

The addition of 2-player local co-op is intriguing. "Split controls" seems to mean that one player handles the left flippers and the other controls the right flippers. The game design involves instances where coordination will be helpful, like the right flipper needing to be held up so that the left flipper can knock the ball into an otherwise concealed pathway. It should make for a great co-op pinball experience.

Rollers of the Realm: Reunion is coming to Steam and Epic in 2022, but it can be wishlisted right now. Could a console release be in the cards as well? We'll let you know if we hear anything! In the meantime, we'll all just have to content ourselves by playing all those other pinball RPGs that are out there...