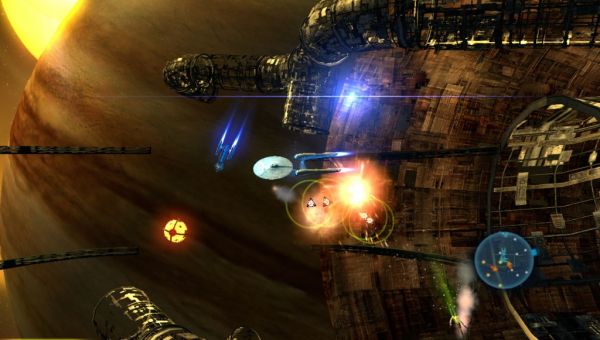 Paramount has announced a brand new Star Trek game to launch along side the upcoming summer blockbuster Star Trek movie.

The game is a top down space shooter that features a single player story, an online battle mode and an online co-op mode.  Details are scarce on the co-op, but the screenshots look pretty good so far.  There are three different classes of ships to pilot; the powerful Flagship, the nimble Fighter and the devastating Bomber, and each has their own special power.

Star Trek D-A-C is set to release on Xbox Live Arcade this May, we imagine right before the May 8th release date of the movie.  A PlayStation Network and PC version are also planned to launch sometime in the near future, abut they just couldn't do it - they just needed more power.