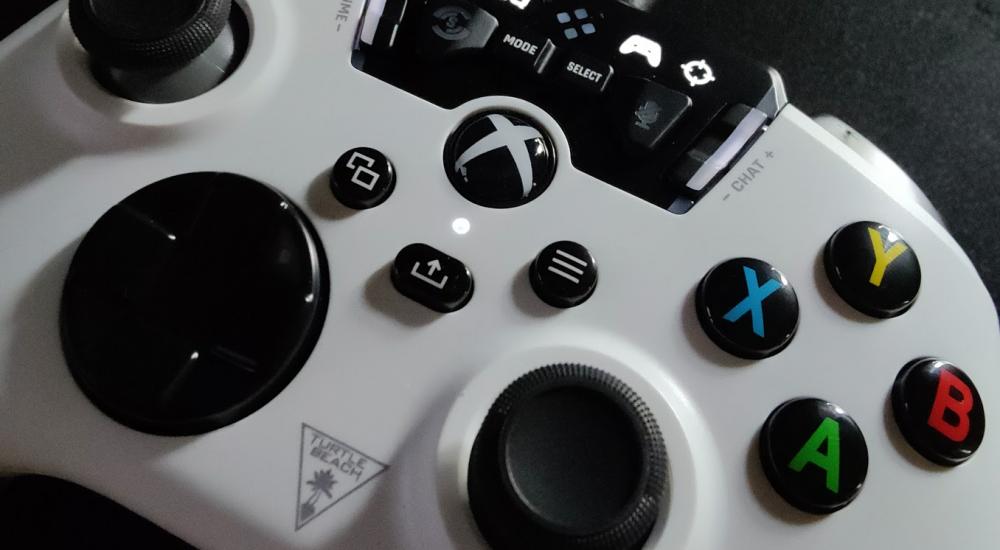 Turtle Beach has jumped into the controller market with a new wired controller designed for the Xbox Series consoles and also compatible with Windows 10 PCs. What sets this controller apart is it has a built in headphone mixer that lets you adjust and apply audio presets to any standard 3.5mm audio headset as well as adjust game and chat balance on the fly.

The controller is fairly standard otherwise in terms of design, it's very close in shape to an Xbox Series controller, though it might be slightly bigger by a hair. The palm grips on it are a soft rubberized feel instead of plastic. Most of the triggers have a strong plastic feel to them, but also a nice texture so your fingers won't slip.

There's a mode switch on the controller itself that adjusts the sensitivity of the thumbsticks on the fly giving you more precise aiming, useful when you are sniping in a game for instance. Finally there's two mappable rear buttons, similar to the Xbox Elite controller found on the underside. These default to the click button on the thumbsticks The controller feels solid enough and it's definitely on par with the performance of a normal Xbox Series controller, though having a USB-C cable hanging off the device is a bit of a bummer and does take getting used to. I used the controller extensively in the Halo Infinite playtest with great success. I also tried my hand at Flight Simulator, The Ascent, and Zombie Army 4. I did notice after an extended period with The Ascent, a  twin stick shooter, I was feeling a bit of fatigue. There's a bit of an angle to the triggers that I think makes games like this cause it. But overall - it felt like using a standard controller, but with some extra wires.

Hooked up during all those games were a Recon 500 headset, and I played around quite a bit with audio presets and balance to tease out some performance. One great feature is as soon as you plug in a headset, your PC or Xbox will immediately switch to it as the audio source. There's 0 setup required. All in all I found the audio a bit on the softer side, but it still held detail pretty well. Bass performance was mixed as well - with a game like Zombie Army 4 being too bass heavy and something like Flight Simulator where I expected some bass from the engines of the planes almost non-existent. The headset is very comfortable though and surprisingly light. Using the game and chat balance was super easy and it really is critical during communication heavy co-op games. There's a nice visual indicator on the controller showing the volume levels of those channels too.

I'm still not quite sure exactly who the Recon Xbox Series controller is designed for. It's priced the same as the standard wireless controller, and while it does offer some nice audio specific features, I'm not sure it's worth the sacrifice for the extra wiring.

The Turtle Beach Recon controller is available now for $59.99.