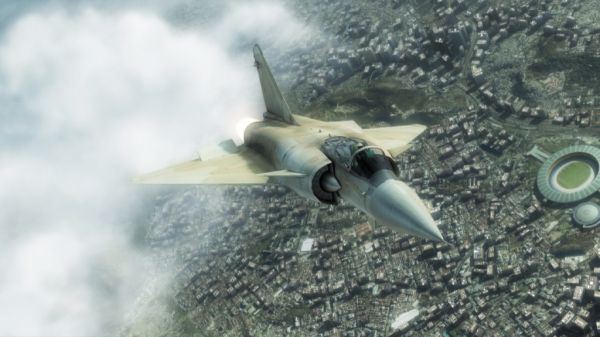 Tom Clancy, or rather Ubisoft, has released a fresh content pack for the four player co-op aerial shooter HAWX.   The pack is called the European Assault DLC and feature 6 planes for $4.99 on the PS3 or 400

.   These planes can then be used on your co-op missions to destroy things like: tanks, planes, stadiums, and canaries.

Along with the release of that content pack comes screenshots of upcoming content packs.  Joystiq snagged the details of the Russian Falcons pack and the US Eagles pack with plenty of screenshots to wet your aerial appetite.

Finally Ubisoft tweeted about title updates and patches for all versions of the games fixing numerous bugs.  Hit up this link to get the deets.