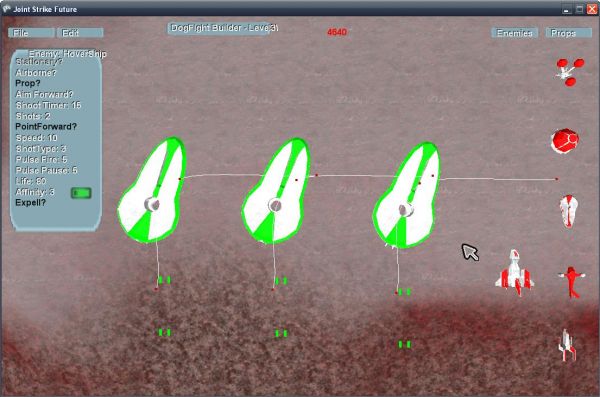 Brett Hall, the creator of Xbox Live Community Game Joint Strike Force sat down with Examiner LA's Erik Johnson in a recent interview about the game, its development, and certification and publishing via the XNA creation system.

Nearly halfway into the interview, Brett was asked to describe the co-op aspects of his game:

GNE: Hands down, the best component of the game was the co-op, it added that extra layer of strategy to the game and made it engaging, what are your general thoughts on the co-op and did you find it to have any affect on how you developed the game?

BH: Co-op is definitely the way to play the game. Such a small feature as recording enemies destroyed and keeping track of that from one level to the next adds a competitive aspect to it. My brother-in-law actually beat me in overall kill count in his first play through the game! I don't change the difficulty in two player mode so it makes it possible to completely destroy every enemy.

We've been seeing a TON of co-op support among independent game studios and community games, and it seems to garner their titles a lot of positive attention and -- more importantly -- good sales numbers.

The interview goes on to mention a couple of projects that Brett has in the works for the future. We wish him good luck and hope that he continues to support co-op. In the meantime, give the full article a read for an interesting view into the process of creating an indie game.