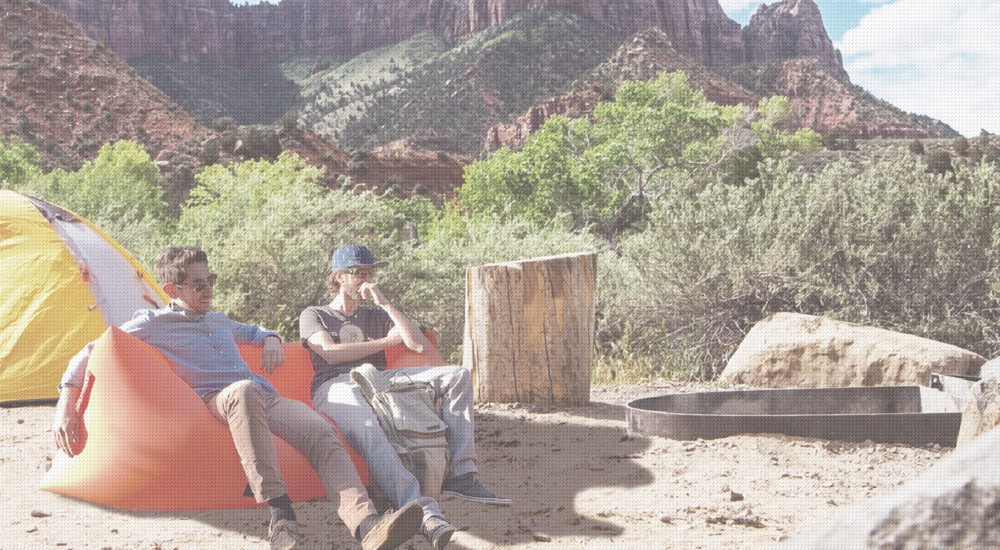 Gather round friends, for it's time to check out another offering from the lounge scientists at Sumo. We recently received a test unit for the new Sumo Air, which is an inflatable offering, instead of their traditional beanbag lounge. As a chronically lazy person, I am always willing to flop onto something comfortable and report my findings. After using it in my living room, and at two outdoor events, I shall present my impressions.

Though inflatable, the Sumo Air doesn't require any kind of pump - it's actually two open ended, inflatable bladders stitched together. Initially, it took some time for me to figure out the best way to inflate it. If you're indoors, you'll probably want to have access to some kind of fan. Believe me, I tried without one and nearly destroyed my living room. Once you get air in one of the bladders, you close it up, fill the other side, then roll the ends together until the Air is nice and firm, then buckle them shut. Figuring out how to best fill the thing has a bit of a learning curve, but once you've figured out what works best for you, it only takes a minute or so to do. Filling the Air outdoors is a much easier prospect, unless you've got no wind. Then you're gonna have to do a little running. As the Air is obviously more intended for outdoor use, this shouldn't be a problem. Rounding out the package are a couple of pockets to hold odds and ends, an elastic strap intended for holding a bottle (what you keep in said bottle is entirely up to you), and a handy bottle opener, presumably intended to aid in opening an adult beverage of some kind.

If you inflate it to its maximum size, the Air is good to hold two adults comfortably, though as an inflatable product, it   have a maximum weight limit. The outer nylon covering seems to be quite durable, and should be able to withstand flopping onto it lazily, even if on a rough surface. I should also note that despite not having an explicit seal, the Air did not seem to leak at all though if you constantly get up and sit back down, you may have to top it off after a while.

Comfort-wise, it's a different feel than the other types of product that Sumo offers. Since it's inflatable, you can make it as firm as you'd like it to be. There's certainly a threshold where you'll just get it to collapse all over you if you under-inflate it, so it's best to spend some time figuring out how you like it. Once you find your comfort zone, it feels quite nice, though I prefer the feel of the more standard bags. Gaming outdoors is going to be restricted to a portable or mobile device most of the time, and if you want to lounge around while camping or attending an outdoor event and play games on your platform of choice, the Air will suit you quite well. It'll also float in a pool, should you desire to live dangerously with your electronics. I would also avoid using it as a makeshift raft, unless you find yourself in an amazingly desperate situation.

The Sumo Air also works fairly well indoors, especially if you think of it as being a more flexible option for lazy seating. Rather than keep a giant beanbag chair in your living room at all times, you can pull out the Air when you need it and put it away when you're done. The included storage bag helps keep things neat and tidy.