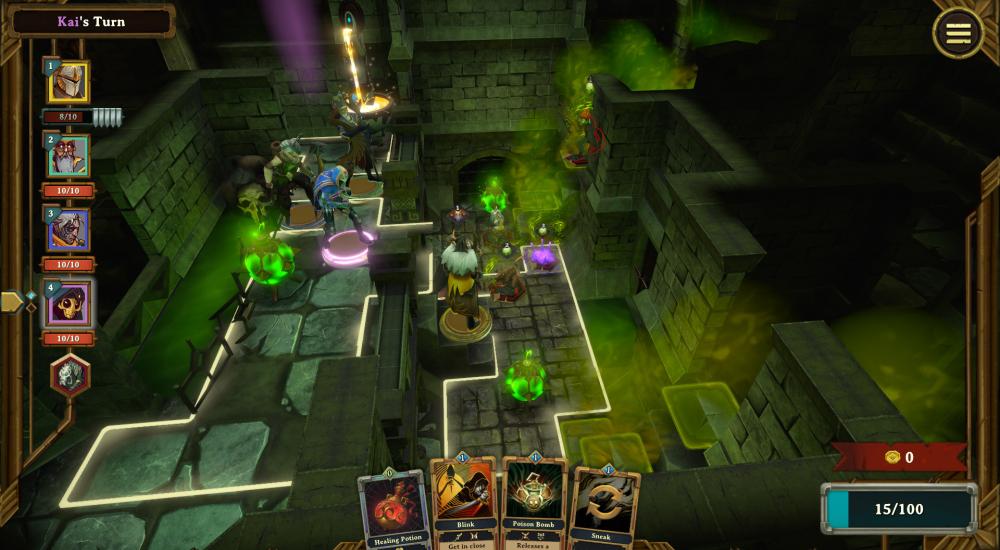 Last night the Nick, Jason and Locke dove headfirst into a virtual table-top RPG sans VR goggles. Demeo: PC Edition is out in early access on PC and with it comes broader support to the tactical RPG where players must conquer three levels of a dungeon together.

The game starts out simple enough - choose a character, pick a handful of cards, and into the turn based layout of a dungeon. The key to success has to do with line of sight to enemies and crowd management. Movement through the dungeon should be methodical as enemies are only revealed once spotted - and when you spot them there might be 10. No, seriously.

From there players can use standard abilities or play cards for specials. Each one requires the roll of a die which has standard, critical and miss on it. It's clear to see where the VR components of this game existed before - for example you literally throw the dice into the dungeon and it bounces off the environment, sometimes so much so, you can't actually see it.

Co-op is a must in this game as characters abilities play off each other. For instance Locke's Bard constantly buffed Jason and I to ensure we didn't take damage on the front lines of the attack. Meanwhile Jason would aggro enemies away from Locke and myself. You can hear in the video how much we have to communicate and plan to progress through each level.

The game is still in Early Access with more characters, cards, and levels planned. We definitely plan on circling back and checking it out once there's a bit more polish to be had!