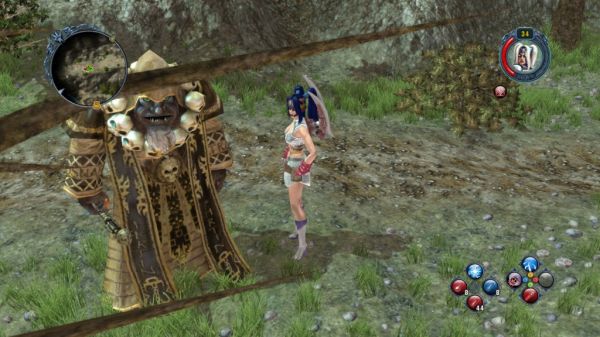 Along with launching a brand new website for Sacred 2: Fallen Angel, CDV has released a handful of new screenshots for the Xbox 360 version of the game which will be released on May 12th.

There's no co-op to be add in the screens, but the console version of Sacred 2 will support drop-in/drop-out play for four players either online/locally or a combination of the two!

I'd like to see what would happen next in the screenshot with the two bears - is she casting a spell to give them salmon?