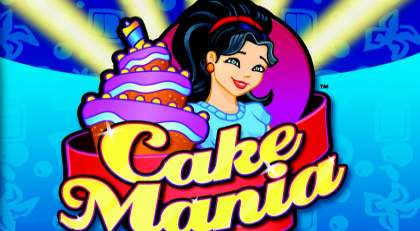 You know, if you would have told me that Cake Mania has been dowloaded over 80 million times, I probably would have laughed at you.  But sure enough, along comes a press release announcing such a number as well as a new game for the Wii called Cake Mania: In the Mix.

I'm not entirely sure what you do in Cake Mania, but I'm fairly confident it involves bakery items.  But when I see lines like "customers ranging from ninjas to pregnant moms to leprechauns", I begin to wonder if there's more goodies hidden under the icing.

Of course with the new game being on the Wii, Majesco promises "innovative motion controls" - so expect to be whipping up some virtual batter.  Finally, there's a co-op mode.  Yes, cooperative cake baking.  The possibilities are endless, especially with the promised ninja customers.  Could we see the first ever Ninja/Pirate co-op cake baking experience?  Only time will tell.