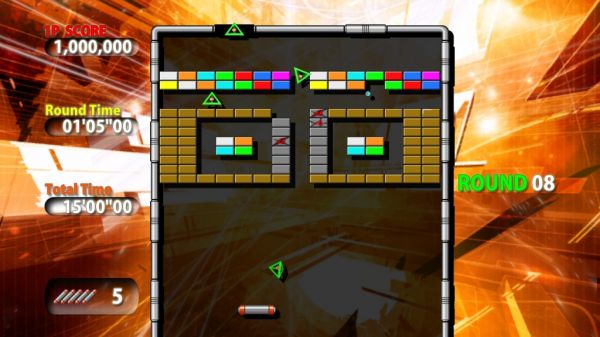 Arkanoid Live was release last week on the Xbox Live Arcade with a slick new co-op mode.  Most gamers seemed pretty happy with their purchase until they reached level 62, or the end of Episode 2.  Why?  At that point the game asks if you'd like to play Episode 3 and 4 you'll need to pony up an additional 400

already on the game.

Forum complaints began to pop up and gamers wondered what kind of nickel and dime scheme was being run.  Soon news outlets began running stories on the matter without a comment.  Yes folks, people began to fear the worst, it was time to grab some pitch forks.  Or was it?

If you look at the Xbox Live Arcade description for Arkanoid Live you'll notice it advertises 62 levels, or exactly the same amount you get in the game's first two episodes.  Still it would seem pretty shady to have another half of the game available immediately upon completion, no?

Once again, that's not the case.  No where on the Xbox Live Marketplace are the new episodes to be found, and in fact, you aren't actually able to purchase any additional content...yet.

If you are still up in arms over this "marketing" decision, you should know that the additional content isn't required to get the full 200 Achievement points out of the title.  Co-Op on the other hand is required.

What thoughts do you folks have on this?  Nickel and Dime tactic or to be expected?