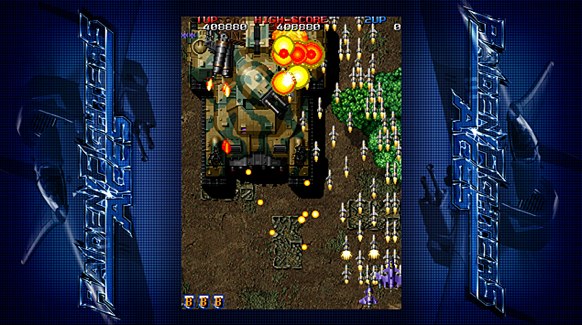 The new features included a training mode that lets players modify every aspect of their ships and wingmen; skip to any level; or play in slow motion. There's a ton of screen and control settings that let gamers play each game full-screen as a side-scroller, or even vertically on a rotated 4:3 display.  Plus there's the ever popular graphical filtering options.

Finally if you want to show off your skills to your friends, or even your co-op sessions, you can upload replays of your game to the online leaderboards for other players to download and admire.  Not a bad deal for under $20.