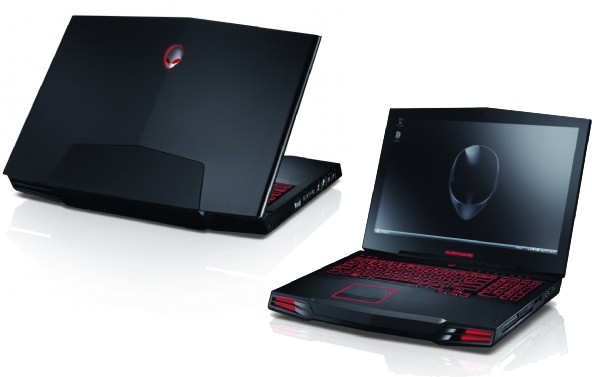 A lot of co-op PC gaming is not only done online, but at LAN parties.  If you've never experienced one of these Mountain Dew laden events, well do yourself a favor and find a local one.  Of course it's not easy lugging your desktop PC across down for a little multiplayer gaming, so the best thing to do is find yourself a slick gaming laptop.

Enter Alienware's upcoming M17x laptop.  This laptop falls just short of NASA computing power with a Core 2 Duo Processor, 4 Gig of Ram, and Dual Nvidia GT260's with one gig of VRAM each.  Yes my friends, this computer is so fast you'll actually be killing zombies before they appear in Left 4 Dead.  With speeds so fast, your Space Marine squad will arrive on Typhon before the Tyrinaid fleet and erradicate them with your visual fidelity.  And the techno rave inducing lighting system is an added bonus for those spur of the moment LAN dance parties.  Hey... the caffeine can go to your head.

So...how big of a mortgage will this laptop cost?  How about a starting price of $1799.

Among the configuration delights lurking under the anodized aluminum hood of the starter model are the following:

• An nVidia GeForce 9400M G1 GPU with HybridPower technology (the big bonus here on the motherboard helps you get decent scaled-down graphics when you don't need the dual-card megaton firepower; it kicks in when plugged into AC power)

It should also be noted that as of now, Dell will no longer be creating Gaming Laptops focused on the hardcore gamer like their traditional XPS lineup.  Instead those duties are fully on Alienware's shoulders....assuming aliens have shoulders.