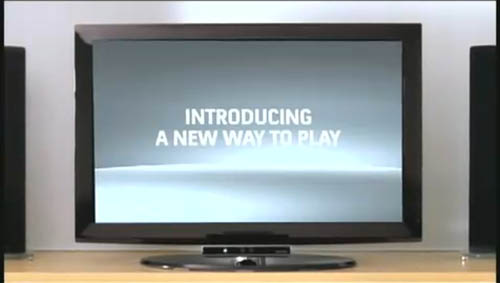 Microsoft has announced what everyone has been expecting for ages, a motion sensing peripheral for the Xbox 360.  Dubbed Natal, Microsoft's peripheral is actually an entire platform built into a tiny sensor bar.  Featuring voice recognition and full body movement recognition Natal is said to bring a new way to play.

In reality what we got was a trailer of a bunch of people flailing around, waggle wand free.  We see kung fu fighting, racing, sports, and even changing the tire of the race car.  We saw an on stage demo of people working together to paint a picture using their whole body - OK, so the elephant bit was entertaining.

The peripheral's lead designer promised to support multiple players for many different types of gameplay, with some interesting possibilities for co-op.  To be honest, this kind of controller isn't for me, but I can see what market it's targeted at.

Some other bonus features are facial recognition for automatic dashboard login, control of said dashboard with hand gestures (ala Minority report) and some other unique concepts from developers.

The one concept that really stuck out was from Fable 2 lead designer Peter Molyneux.  It was called Milo, and was a bit like a sci-fi movie.  Seriously - if Peter has created an AI this intelligent SkyNet is launching soon.  Check the video and enjoy it for yourself, I was thoroughly impressed.