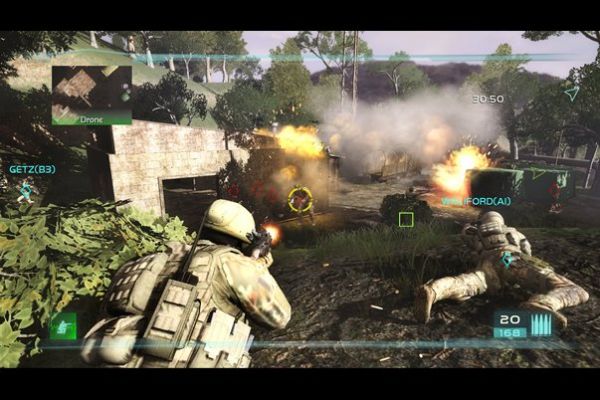 This week Chuck Husemann of Gaming Nexus broadcasted his list of games that he wanted to see at E3 on Twitter, and asked followers if there were any he'd missed. I won't be attending E3, but like most of the gaming world, I'll be watching intently for both hardware and game announcements; Chuck's question inspired me to wonder if we'll see a new Rainbow Six or Ghost Recon game this year.

At the end of April, Ubisoft released a financial report for the fiscal year 2007-2008 and accidentally revealed unreleased game information. Since then, one of the two major headline contenders -- Assassin's Creed 2 -- has been officially announced and partially detailed. The other is -- you guessed it: a new Ghost Recon title, known only as Ghost Recon 4. This new iteration had been a running rumor, and was not much of a surprise.

Shortly following the sudden internet buzz, an official announcement was made, although without any assets or details. Lack of information aside, I'm sure many Co-Optimers are eager to hear more about Ghost Recon 4; GRAW 2 was a very popular co-op game in 2008, and still generates interest in the Co-Optimus meetup thread on our forums.