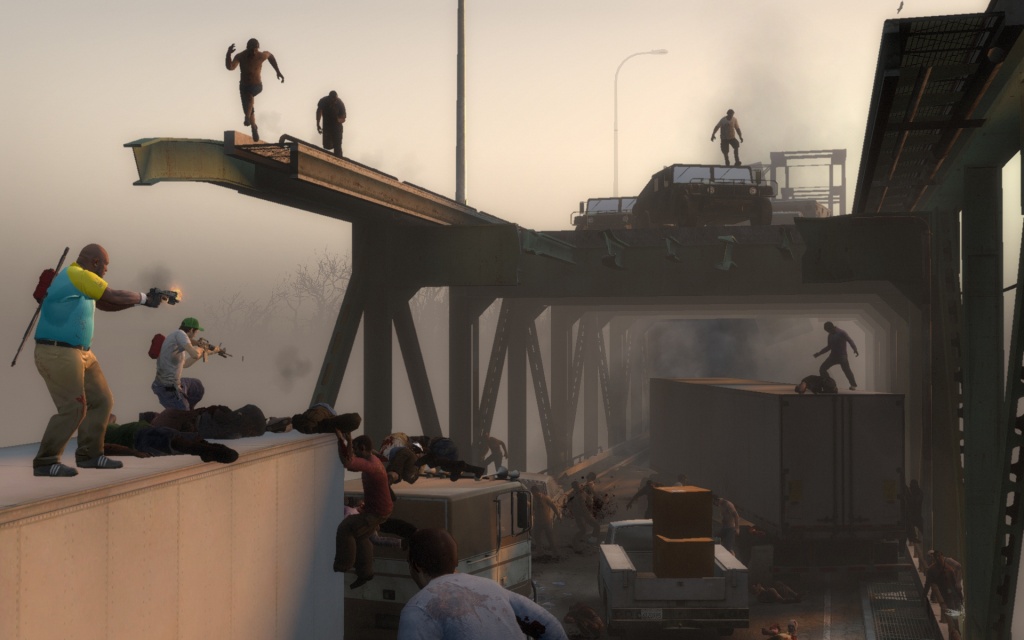 Left 4 Dead 2 was among the biggest surprises of E3 2009.  Sure, it had been rumored, as we covered, but the money was on that being false.  Valve has long been known as a company willing to support their games long term.  Since Left 4 Dead just came out 6 months ago, and has a DLC pack just over a month old, why announce and release a sequel so soon?

Faliszek went on to explain that Left 4 Dead 2 is more of a platform than a new game, and will be heavily supported with updates and new DLC.  Considering that Left 4 Dead was our Game of the Year for 2008, we can't say we aren't excited about the news of a sequel.  But much as we love zombie killing, we'd hate to see Left 4 Dead '10: All-Play Edition next year.