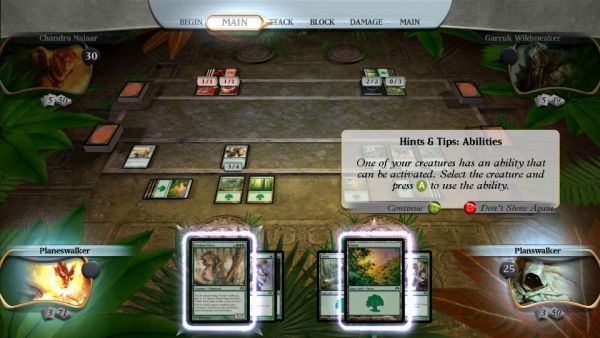 A favorite past time of many is the collecting of Magic: The Gathering cards to unleash on a poor, unsuspecting soul at our local hangout. For those that didn't spend all of their lunch money on Magic cards, it is a game of fantasy using playing cards. By collecting "Mana" or land cards each turn, you will be able to spend that mana to unleash creatures and spells to devastate your opponent. Of course, it's more complex than that, but that is the gist of it.

On June 17th you'll be able to unleash monsters in Magic: The Gathering: Duels of the Planeswalkers on Xbox LIVE Arcade for 800

. Since Wizards of the Coast, the creators of Magic: The Gathering, hasn't given us much information, this is what we have to go on:

Of course, since we caught the "Co-op campaign" mention in this game, we'll just have to give you the whole story in review form after we play it!