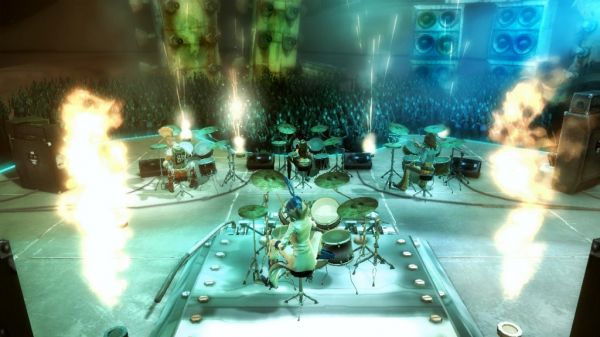 Activision has released a fresh batch of screenshots for Guitar Hero 5, one of the many music games they have coming out this fall.

Guitar Hero 5 will feature some pretty in depth co-op options, including the ability to drop in and drop out of a song, and allowing band members to play any instrument they want.  The evidence is above as the stage is adorned with four drummers belting out some serious beats.  I'm not quite sure how I can fit four giant plastic drum sets in my living room.