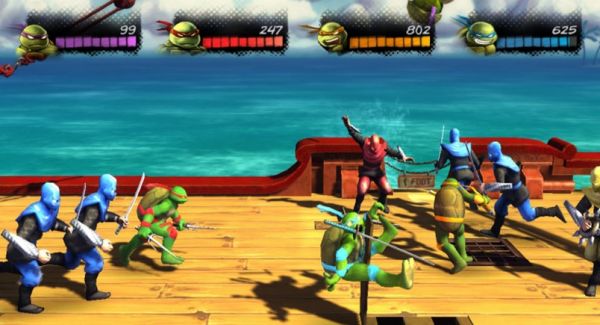 July 22nd will mark a momentous occasion, one where many of our childhood memories can be relived in a new shell! Turtles in Time: Reshelled will be released on the Xbox 360, with both online and offline 4-player co-op! Ubisoft promised a remake of the original Turtles in Time, as well as "extras" to keep things fresh.

Speaking of extras, IGN got a hands on demonstration which included a mode called "survival mode", which suggests relentless hordes of enemies to keep us busy! We look forward to other surprises yet to be revealed in this highly anticipated remake.

Unfortunately, the Playstation Network users will have to wait until an unannounced "later this year" date, we'll be sure to keep you posted.