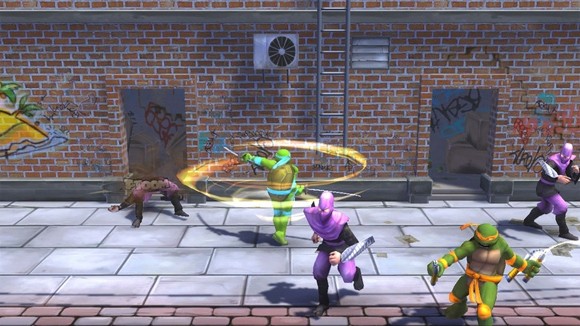 When Teenage Mutant Ninja Turtles: Turtles in Time was announced with a price point of 1200

on the Xbox Live Arcade - a lot of people groaned.  Sure everybody loves a good remake of a solid co-op brawler, but at $15 dollars it's a steep price to pay.  Thankfully, everyone will soon get a to pay a lot less for their TiT.

Ubisoft has announced it has dropped the price of the game, which releases this coming Wednesday, August 5th.

"We wanted to give something to the loyal TMNT fans in honor of the 25th anniversary," Ubisoft responded when asked about the last-minute change.

.  It's always good to have to shell out less cash for anything.