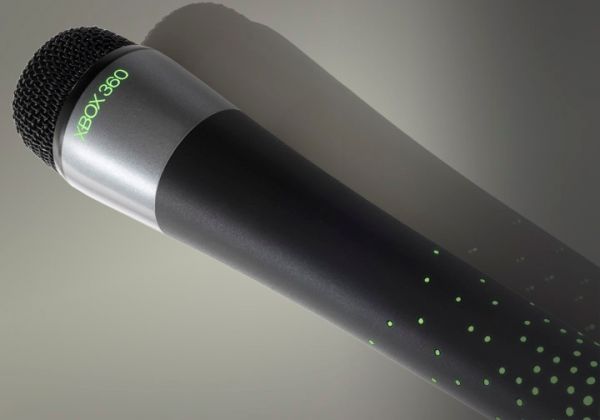 Sorry, kiddos: this one isn't compatible with Halo 3, so you're going to just have to keep singing your squeaky renditions of Kryptonite into your Halo edition boom mics. Meantime, the real crooners can get down with the new Xbox 360 Wireless Microphone, the first peripheral microphone supported by at least one music game from each series.

ROCK STARS AND POP DIVAS UNITE: SING YOUR HEART OUT WITH THE XBOX 360 WIRELESS MICROPHONE WHILE PLAYING YOUR FAVORITE MUSIC GAMES

Get ready aspiring music stars, the biggest music event is taking place in the best hot spot ever – your living room! Now you can take the stage solo, or join your friends like true rock stars or power duets, free from the clutter of wires. Grab your friends and get ready to croon along to the best songs on your favorite Xbox 360 music games with the new Xbox 360 Wireless Microphone. Belt out your vocals while playing games like “Lips,” “Guitar Hero Metallica,” “Rock Band 2”* and “Disney Sing It: High School Musical 3: Senior Year” as well as new blockbusters available this holiday, including “Lips: Number One Hits” and “The Beatles: Rock Band.”

For more information, press only: