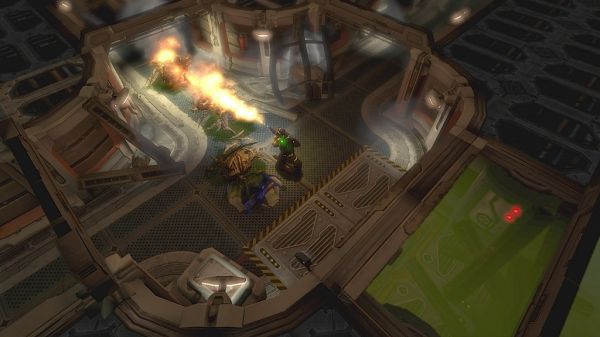 Back in September 2008, we had mentioned that an Alien Breed remake was coming within the next 12 months.  September 2009 is fast approaching and it appears that Team 17, makers of the Worms titles, have taken the wraps off the game called Alien Breed Evolution.

The game is being built on the Unreal Engine 3, and claims to be an "absolute blast in co-op."  Another thing that was touted again, something that was mentioned in September, was the high production values.  The new screenshots look good, but we'll hold off judgment till we see it in motion.

No release date or platforms were given, but we'll go out on a limb and say that both the PlayStation Network and Xbox Live Arcade will be supported.