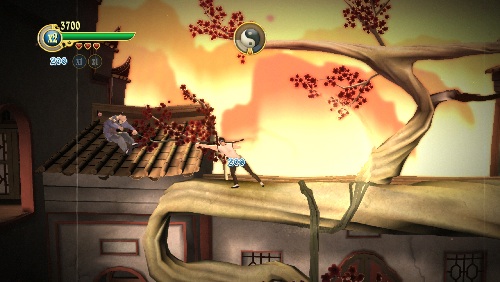 The two player co-op 70's style Kung-Fu beat em up, Invincible Tiger: The Legend of Han Tao, is set for a release this August on the Xbox Live Arcade and PlayStation Network.

At a recent conference in England Blitz Games, the game's developer, showed off and unveiled details about the game.  The title will ship with a 3d stereoscopic mode which requires special glasses to take advantage of.

Invincible Tiger: The Legend of Han Tao will cost 1200