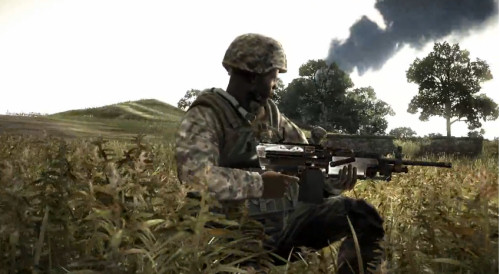 Do you like guns?  Jim, put your hand down.  Do you like explosions?  Jim - it's ok, really.  Do you like large scale tactical warfare set in a giant open world.  Yes Jim, we know.

The latest video of the game shows lots of bullets flying, and lots of things blowing up.  Sounds like your average day in the tactical shooter world.  You can count on finding this game showing up in a future Battlefield Report.