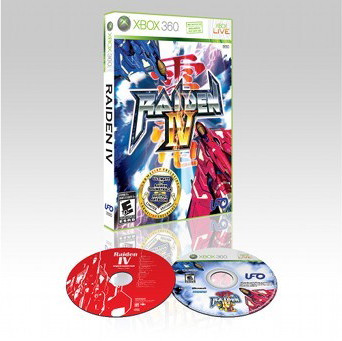 There's no word on pricing yet for the two player co-op SHMUP's limited edition - but the release date is now a mid September date after originally being schedule for August.  We're big fans of the Raiden series here, so we have high hopes for this one.