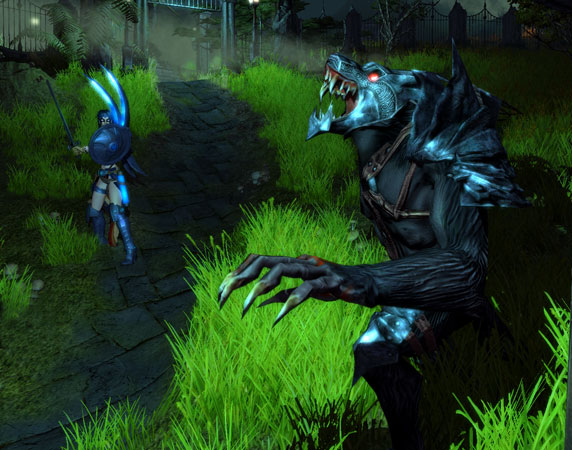 Please excuse the overuse of the homonyms in the title of this headline, but sometimes it cannot be avoided. Anyhoo, it seems that Sacred 2 : Fallen Angel (a game more known for its PC roots) will have co-op in its 360 version. IGN has a preview of the game, where they detail the game for those who are unaware of what the game is all about. But why should co-op gamers care at all? Well, we will let IGN explain.

Games in the vein of Diablo like Sacred 2 scream for multiplayer options. Don't worry, Sacred 2 has them. The PC version will allow 16 players to join up simultaneously but that number has been limited to four on Xbox 360. You can play with two players offline confined to a single screen, or hop online to roam anywhere and play alongside a few others. And yes, you can play online with two players on the same box. Extra players can be added on the fly and drop out whenever they want seamlessly, too, and the game automatically scales the difficulty to match it.

So there you go, drop in, drop out action-RPG gameplay for up to four players. Sounds good to me, though the Sacred series is somewhat obscure to non-PC gamers.