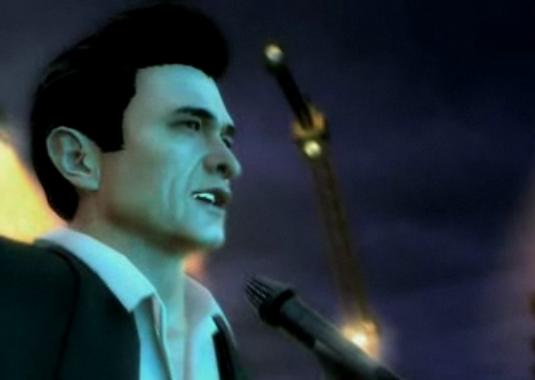 Hold onto your spurs, ladies and gents: IGN kicked off their latest Guitar Hero 5 preview with the "small announcement" that The Man In Black will be a playable character in the upcoming continuation of one of our favorite co-op series.

According to impressionist Terry Lee Goffee, who supplied the figure for motion capture, Neversoft is aiming for a 1963 Cash. Johnny joins Shirley Manson and Carlos Santana as confirmed rock legends to appear as playable characters, along with your Xbox 360 Avatars.

The preview also reaffirms that 98% of the downloadable content for Guitar Hero World Tour will be forward compatible automatically for free, and "some of the disc-based songs from Guitar Hero World Tour and Smash Hits* will be importable, for a fee". Furthermore, the game will fully support drop-in/drop-out, a highly regarded feature here at Co-Optimus.

No word yet if San Quentin will be an in-game stage.