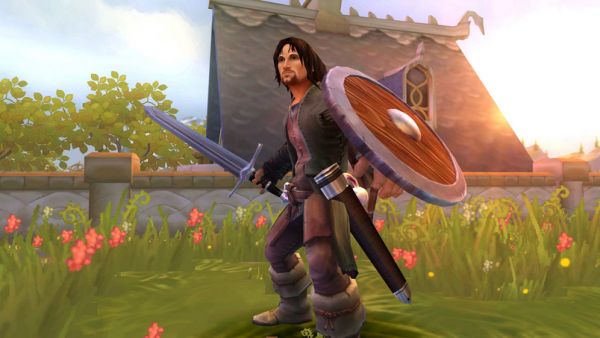 Sad news hobbits.  Those of you hoping to waggle with Aragorn, Frodo, Gimli and the crew in Lord of the Rings: Aragorn's Quest for the Wii are going to have to wait until the spring of next year.   The game joins a growing group of video games that have been delayed from a Fall 2009 release to a Spring 2010 release.

No reason was given for the delay.   LOTR: Aragorn's Quest features a 2 player co-op mode featuring Gandalf, and the game is designed with family play in mind.  The game is set to hit the PS2, PSP and DS - but it's unclear if these versions would have co-op as well.