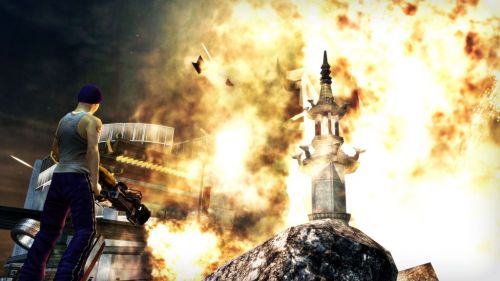 Microsoft has added the first batch of new titles to its Games on Demand service over Xbox Live.  Among them is Saint's Row 2, a two player co-op title we rather enjoyed last year.  The game costs a staggering 3000

, which translated into real world monies is $37.50.   Considering you can get the full retail game for $28 (shipping included) I'm not quite sure you want to hop on the On-Demand bandwagon just yet.

But, if price isn't a problem and you just want the downloaded convenience, hit this link to add it to your queue.