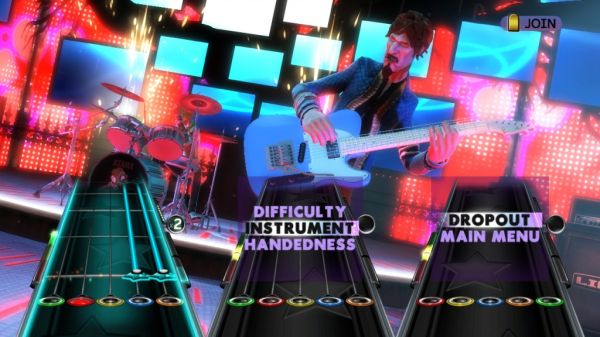 Like Guitar Hero 5, the more pop-ish Band Hero will offer drop-in and drop-out cooperative play for any instrument while in the middle of a song.  Hopefully this becomes a staple feature in all music and rhythm games moving forward, I'm looking at you Rock Band franchise!

We have a handful of new screenshots of the game in action, though you really shouldn't be to shocked at what you see.  It looks like Guitar Hero, it looks to play like Guitar Hero, but will it sound like Guitar Hero?  Probably not quite with the likes of Taylor Swift, Adam Levine and other more, uh, teen friendly stars.

Speaking of Taylor Swift we have a great new video of her being "imported" into Band Hero.  It's a fascinating look at the process of digitizing something - it's also a great excuse for us to post something that has Taylor Swift in full body spandex.