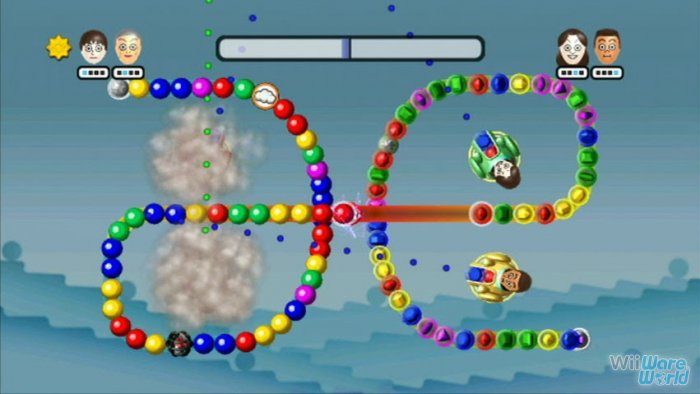 Puzzle fans who own a Wii will be glad to see this week's WiiWare release, Magnetica Twist.  The original Magnetica was a well regarded DS release back in 2006.  The addition of several co-op modes may pique Co-Optimus reader's interest.  Taken from Wiiware-World's review:

In co-op there's Todays Pick, which is a set of random challenges that change on a daily basis; Annihilation, which has you clearing a set number of marbles before time runs out; Colour Split, similar to Annihilation but each player is assigned just one colour and Co-Pilot, whereby two players share a cannon with player one firing the marbles and player two piloting angle.