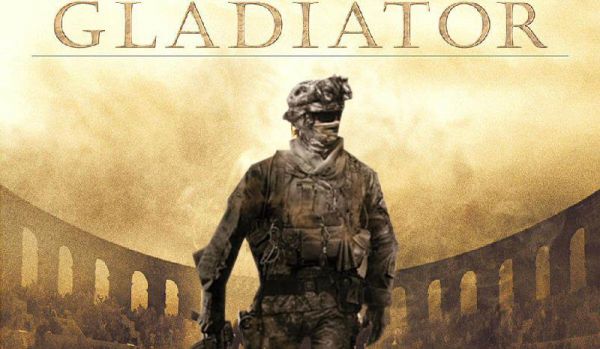 Before you get all riled up, Star Wars fans, take note: no, it will not. Of course not! But what better way to illustrate just how HUGE the Call of Duty franchise might be in the next couple of years? Both have sold ridiculously high unit counts, and if the below story is true: both are being stretched across every thinkable medium.

You heard about Call of Duty: Modern Warfare 2's opening day records. Today, Activision boasts that their new favorite poster child has completely destroyed every previously held first-five-day record, not only in video game sales but box office sales as well. Titles like Grand Theft Auto IV, The Dark Knight, and the Harry Potter film series have been named as having fallen to the new entertainment giant.

So which weapon of mass obliteration is Activision loading with Call of Duty ammo next? Two, actually: Hollywood, and the MMO market (both rumored). According to Kevin McKidd, the actor who provided the voice of "Soap" McTavish for Modern Warfare 2, a script is being written for a Call of Duty film, possibly featuring Soap. While that's being hammered out, a third video game development team is supposedly on board the Treyarch-Infinity Ward rotation, and may be working on an MMO for the series.

With Hans Zimmer on board now, maybe Modern Warfare 2 can get its own proper villain theme.

"In just five days of sell through Call of Duty: Modern Warfare 2 has become the largest entertainment launch in history and a pop culture phenomenon," said Robert Kotick, CEO, Activision Blizzard, Inc. "The title's success redefines entertainment as millions of consumers have chosen to play Modern Warfare 2 at unprecedented levels rather than engage in other forms of media."

Despite the success of Call of Duty: Modern Warfare 2, Activision Blizzard remains cautious about the U.S. and global economy as well as other variables that can affect industry fundamentals and our own performance, including consumer spending which remains a significant concern.

Modern Warfare 2 is rated "M" (Mature) by the ESRB for Blood, Drug Reference, Intense Violence and Language. For additional information about the game, visit www.modernwarfare2.com.