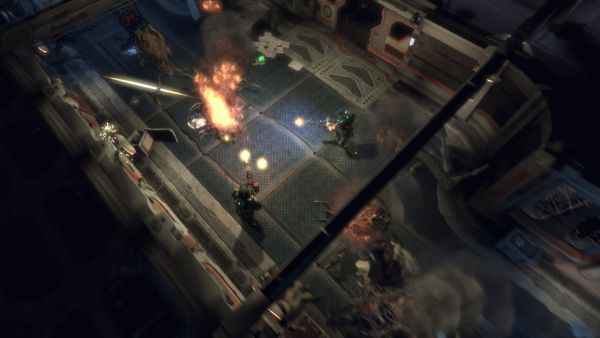 Team 17 has announced that their episodic remake of Alien Breed is going to be released on Xbox Live Arcade on December 16th.  Alien Breed Evolution is a 2 player co-op title in which players defend themselves against thousands of aliens in twin stick shooter fashion.  The cooperative mode is separate from the main game's story, and sounds similar to the many other survival modes out there.  Called "Battle Mode" it's playable locally and online.

Alien Breed Evolution is developed on the Unreal Engine, and from the 37 screenshots and trailer we just received, it looks absolutely gorgeous, light years ahead of the original Amiga classic.  The game will cost 800

.  Eventually Team 17 plans to release the game on the PlayStation 3 and PC, both of which are planned for sometime next year.