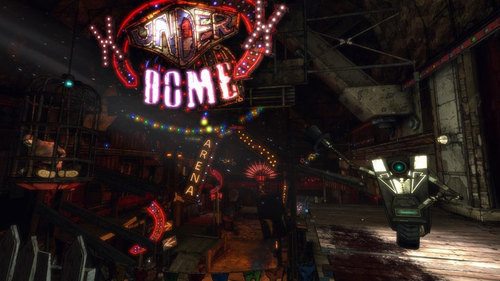 The next piece of DLC for Borderlands is set to arrive in a few short weeks for the Xbox 360 and PlayStation 3.  Called Mad Moxxi’s Underdome Riot, the content introduces players to three new survival style arenas to co-op in.

It doesn't seem as fully featured as The Zombie Island of Dr. Ned, or rather, nearly as deep - but there should be some replayability here as well as a perfect method for loot whores to stock up.  Mad Moxxi's Underdome Riot will cost 800

Thanks to Deriaz for the tip!