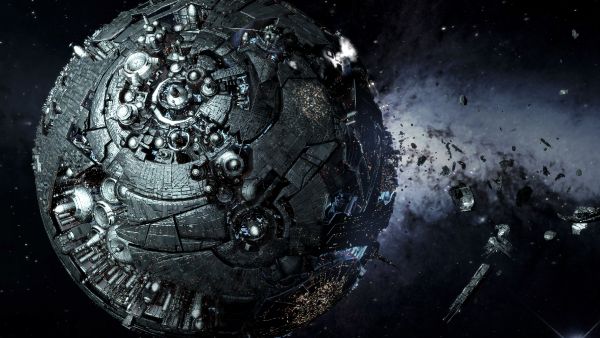 I'll admit it right off the bat: I am a serious geek for Transformers.  The latest movie was pretty much terrible, but the game based on it was surprisingly good, though it had no co-op play at all.  A new Transformers game is coming next year, called Transformers: War for Cybertron.  This new game, based on the Transformers home world before they came to Earth, will feature co-op, though the details are sparse right now.

According to the press release we received at Co-Optimus HQ, War for Cybertron will include online co-op as well as head to head multiplayer.  The co-op is further described as "team-based", which sounds rather intriguing.  Even if all we get is player teams vs. 'Bots (pun intended), that's more co-op than any other Transformers game before.  Hopefully there will be a bit more to the co-op than meets the eye.  In the meantime, check out the teaser trailer and the full press release.

Santa Monica, CA – December 16, 2009 – Experience the legendary battle between the AUTOBOTS and DECEPTICONS as Activision Publishing, Inc. (Nasdaq: ATVI) announced today that Transformers™: War for Cybertron is in development by award-winning High Moon Studios.  Based on Hasbro’s legendary TRANSFORMERS property, the game takes players to the TRANSFORMERS characters’ home planet of CYBERTRON for a new look into the epic story of the grand civil war that spawned one of the most brutal rivalries of all time.

“Transformers: War for Cybertron is an origins story, taking players on a gripping, adrenaline-fueled journey that precedes the TRANSFORMERS characters’ arrival on Earth,” said Rob Kostich, head of marketing, licensed products, Activision Publishing, Inc. “The game transports players to a living, metallic planet where they will battle as giant converting robots in single player, online co-op or head-to-head multiplayer matches that are fully immersive from start to finish.”

“For the first time, Hasbro is working with Activision to drive the TRANSFORMERS fiction forward into new story arcs, demonstrating pivotal moments in Transformers history that defined who they are,” said Aaron Archer, Senior Design Director, Hasbro.  “This remarkable video game helps us to tell a critical event in TRANSFORMERS lore that will be used as canon for future storylines in a way we could have only dreamed of a few years ago.  It is a testament to the success of the TRANSFORMERS brand and a key element to the story we look forward to telling in 2010 and beyond.”

Transformers: War for Cybertron features two distinct storylines: the AUTOBOT campaign tells a story of heroism to save their home planet against overwhelming odds, and the DECEPTICON campaign tells a story of an unquenchable thirst for power to control the universe.  For the first time in a TRANSFORMERS title, fans will be able to play the game with their friends through team-based online co-op, or go head to head in a variety of intense, online multiplayer game modes.  The game features a sci-fi art style that introduces to fans the entire living, metallic world of CYBERTRON, as well as all-new visualizations of the iconic TRANSFORMERS characters in their original Cybertronian forms.

For more information and to receive exclusive updates about the Transformers: War for Cybertron video game, visitwww.TransformersGame.com.