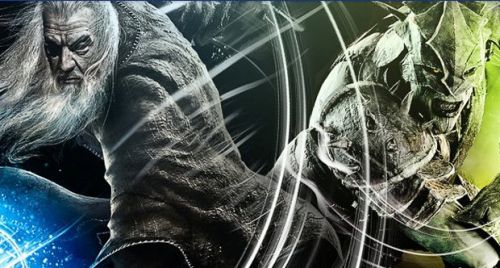 It is an age old question: who would win in a fight between an Elf and an Orc?  I would like to think the Orc would use its brute strength to decimate the light footed elf.  We no longer need to ponder this question as the upcoming Guardians for Middle Earth, based on popular film trilogy (and it says here, book) Lord of the Rings, will let you pit one against the other.

Guardians of Middle-Earth came somewhat of a surprise to Co-Optimus when we stumbled across it at this year's E3.  Guardians is a multiplayer online battle arena game, the surprising thing is that it’s not for the PC, but a download game for XBLA and PSN.  Developers Monolith are keen to show the various characters who are playable in the game from the very good all the way to extreme evil.

The following two trailers highlight the different attributes that Galadriel the Elf, Uglúk the Orc, Gandalf the Wizard and Gollum the distorted Hobbit Thingy bring to the game:

With 5 player co-op promised and very pretty graphics, Guardians of Middle-Earth may just be this year's precious game.