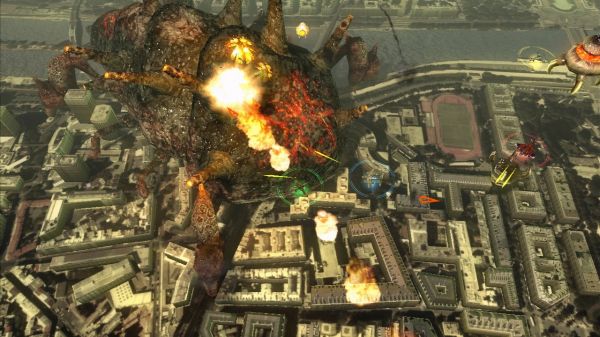 Just in time for the holidays, Square Enix is unleashing the destruction of our planet on Xbox Live Arcade in the form of 0 Day Attack on Earth.  The twin stick shooter allows for four players to cooperate over Xbox Live as they fend off an alien invasion in the cities of Tokyo, Paris and New York.

What makes 0 Day so unique is the use of real satellite imagery of the cities to create the maps combined with 3d models.  Along with the game's single player and co-op modes is an 8 player online versus mode.  We're trying to get confirmation if the game supports local co-op - but it looks like it should.