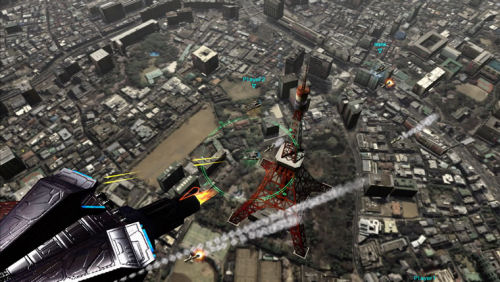 Earlier this week we reviewed 0 Day Attack on Earth, a four player co-op twin stick shooter from Square-Enix.  Lets just say, we weren't particularly thrilled with the offering that set us back $15.

But if you're a sadist and feel like blowing some more money, you can drop 560

or $7 on the first expansion pack for the game.  Battle it out over London in single player or co-op, but don't bother trying the game's other multiplayer modes in it, it won't work.  We'd recommend spending your money elsewhere.