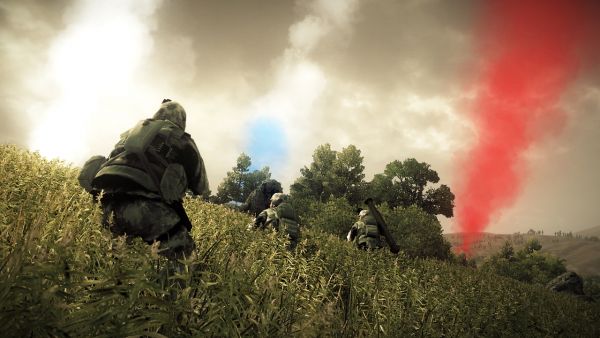 The first of the two versus modes are Blindside; where the PLA must complete objectives in the shortest time possible while the USMC defends in tense, tactical engagements. The second is called Supremacy; which tasks opposing forces to occupy strategically vital positions featuring force multipliers like gun emplacements and air strikes.

The two co-op additions are called Friendly Skies and Hostile Take Over.  The former has US airborne reinforcements inserting into the combat zone under artillery fire, followed by a counter attack.  The latter involves holding an enemy village from a vicious assault.

and later this week on the PlayStation Network for $4.99.  PC owners will get the content free "soon."