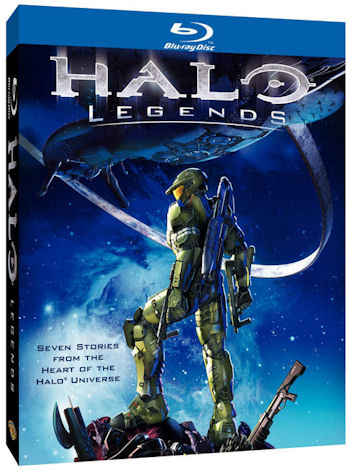 Halo Legends is an eight part anime series that is produced by 343 Industries in coordination with some of the most popular and famous Japanese Anime creators like  Shinji Aramaki, Mamoru Oshii, Hideki Futamura, Tomoki Kyoda and Yasushi Muraki.  It features stories that explore the origin and historical events of the Halo universe.

Out on February 9th on DVD, Special Edition DVD and Blu-Ray, both special edition and Blu-Ray include audio commentary, a special look at the Halo phenomenon, and a making of feature.  The Blu-Ray version also has "Halo: The Story So Far" which brings people up to speed on the Halo saga.  No doubt an effort to sway some of the PlayStation 3 crowd, as Legends is the only way you'll see Halo on Sony's system.

Of course we recommend watching this with some friend in true co-op fashion.