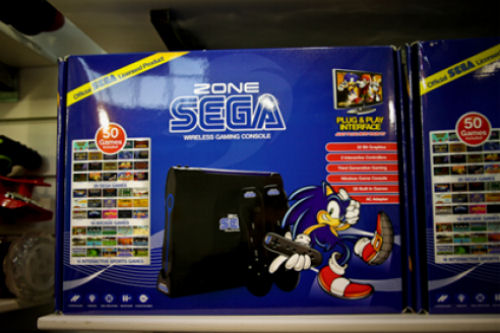 News as good as this takes AGES. Having seemingly dropped out of the console race with the Dreamcast, SEGA have actually been producing several one off pre-packaged consoles that contain many of their classic games. Their latest effort in this range is far more exciting, not only will the new console called SEGA Zone have classic co-op games included (such as Golden Axe), but will also have motion controls.

Due for release in the summer (in the UK at least), several motion controlled co-op games will be available on this plug and play device, mostly of the sports variety including beach volleyball, darts and 14 others. The device is set to be around £50 in the UK and will not allow new games to be installed – what you buy is what you get. With the Wii selling by the tens of millions could this be a return to successful console manufacturing for SEGA or a cheap cash in? For more details check out the news at Pocket Lint.