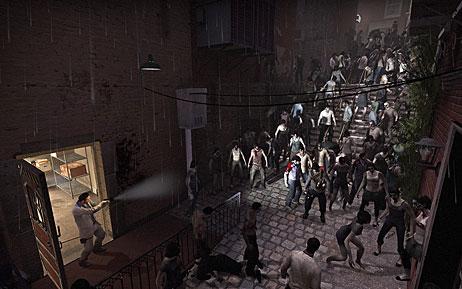 When there is no room in hell, the dead shall walk the Earth.  That's why over the first two months of Left 4 Dead 2 we sent over 28 Billion zombies back from whence they came.  These figures, that span both the PC and 360 version of the game, have just been released via the Valve Blog.

Valve go on to have some macabre fun describing what you can actually do with such a hefty pile of the undead:

The entire population of the planet has been zombified and killed 4.26 times.  Stacked end to end they would circle the globe 1322 times.

What could be better dinner party conversation than discussing the dispatching of 28 Billion zombies?  The issue that worries me most is that if we have butchered 4.26 times the worlds population, aren't we attacking the same zombies more than once?  Please people, be more efficient with your killing blows; remove the brain for guaranteed success.